The Acoustic Resonance Cannon (ARC) is a Marine Commander controlled robotic vehicle built for besieging heavily infested Kharaa territory. It is constructed from the ARC Factory by the Marine Commander. The ARC can be deployed to unleash its experimental sonic-based weapon to deal massive damage to alien structures, regardless of any physical obstruction between the ARC and its targets. However, Marines are often required to escort, provide defense and line-of-sight for the siege vehicles, due to the long cooldown period between sonic blasts and absence of armor when the ARC is deployed.

The main difference from NS1 siege cannons is that the ARC has mobility. It still possesses the ability to attack through walls. However, it must be deployed in order to attack (thus stationary), requires line of sight to lock onto targets (from friendly Marines, robotic units, buildings or Scanner Sweep) and can un-deploy to enable movement. 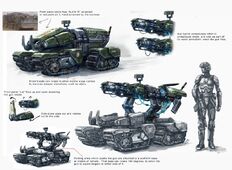 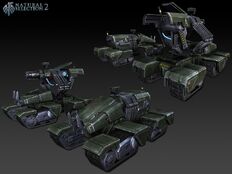 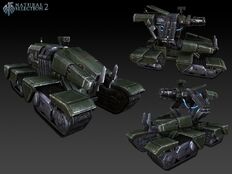