This article is a stub. You can help Natural Selection Wiki by expanding it.

The Ammo Pack is a Marine Commander purchasable assistance utility used to refill a Marine's weapon reserve clips. It can be accessed from the Assist tab in the Commander Menu and dropped by the Commander anywhere on the map. When a Marine is currently wielding an ammo-based weapon, they can walk over an Ammo Pack to automatically pick it up and receive 5 magazines.

During Christmas season, the Ammo Pack get's a special seasonal skin. The effect is purely cosmetic. 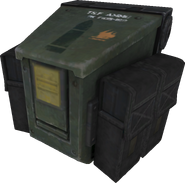 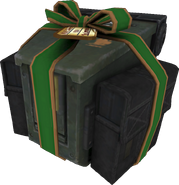