The Babbler is a Kharaa subspecies created by the Gorge. It is a small, crustacean and insect-like creature, which shares a symbiotic relationship with all Kharaa lifeforms.

Each Babbler is symbiotically bound to the Gorge, which leaves a genetic imprint that dictates the babbler's life expectancy; the Gorge itself can only produce 6 Babbler as long as it belongs to the Gorge. If you detach it to other Lifeforms you will relinquish your ownership and you will spawn new Babblers.

Once spawned, babblers will stay at the gorge and form a Shield.

If detached they babblers will crawl and jump around, look at glowing things such as Cysts, and follow the parent Gorge wherever it goes. However, their curious demeanor hides the predatory instincts prevalent in all Kharaa lifeforms.

Babblers are social but territorial and aggressive creatures that will attack any non-Kharaa lifeform in sight. Using their snapping jaws lined with sharp teeth, babblers will lunge at their prey viciously. Because babblers are simple-minded, the Gorge has evolved a special pheromone called Babbler Bait to attract and direct babblers. With the bait in the Gorge's mouth, all babblers will stop moving, turn towards the parent Gorge, and obediently wag their pointy shells in anticipation.

Once thrown, the bait will produce an irresistible pheromone that causes babblers to leap at the bait. Any Marines that stray near will find themselves as potential meals for a feeding frenzy. In absence of organic sustenance, babblers will instead attack Frontiersmen structures carrying human scent. 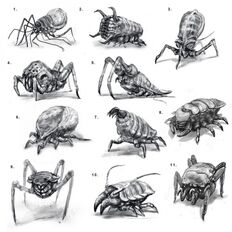 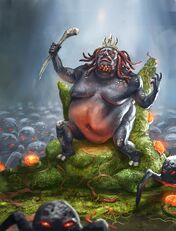 The following images show all the variations of Babbler camouflage (skins) that you may see in the game. They are determinde by the skin of the Gorge who hatched them. 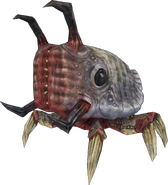 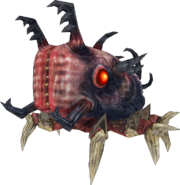 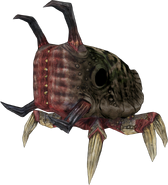 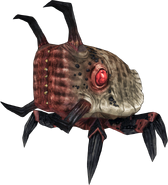 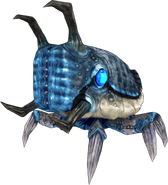 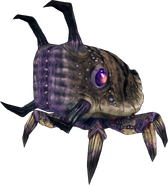 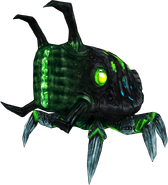