The Clog is a structure created by the Gorge using the Build ability. Used mostly for... well, 'clogging' (get it?) doorways, it can block off marines if placed correctly and blocks access for Exosuits, but also blocks Onos from exiting if you aren't careful. These can only be built in sets of 10 by a single player, limiting the overall amount available in the game to how many players you have willing to go Gorge. It is weak to fire, but absorbs burst damage from grenades and mines, meaning that mines placed in vents can be blocked by a gorge partially and spit to set them off, limiting damage dealt to any aliens in the vent.

Clogs are limited, and the oldest living clog built by a player will die if they try to exceed the set limit of buildable clogs for their limit. Gorges can also willingly digest their clogs, destroying them for their bigger team mates, such as Onos, which cannot go through vents and can only access hallways which Clogs are designed to... well, clog.

Later on, after Onos are more common, the best place to put Clogs is over evolution buildings or utility buildings, such as Veils, Shades, Shells, Crags, etc, so that when Marines rush a Hive base, the grenade-spamming which usually kills off all your support buildings has to go through the burst-resistant Clogs before it can reach the upgrade building. Beware, however, as Clogs cannot be healed or repaired, and are susceptible to fire, making them an easy target for any firepower toting marine.

Clogs can be hidden in Infestation Blobs a lot easier, too, allowing you to hide your clogs and evolution buildings beneath the carpet of green from the eyes of the enemy. They are not harmed by lack of infestation, but any buildings they may protect can be harmed, so make sure you have a 'peeking point' where you can reach the structure underneath to heal it, as alien structures struggle to heal themselves, and often are incapable of healing without Gorge assistance.

The following images show all the variations of Clog camouflage (skins) that you may see in the game. They are determinde by the skin of the Gorge who placed them. 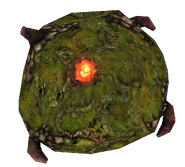 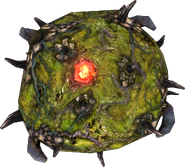 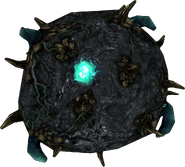 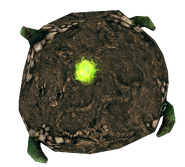 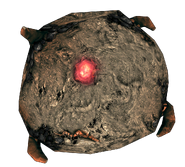 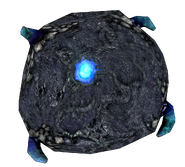 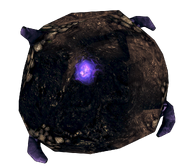 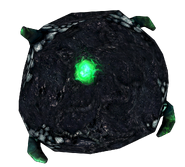