The Natural Selection League (NSL) is the current main instance of competitive play (6 vs 6) in the NS2 community. It is staffed entirely by Volunteers.[1] Major NS2 tournaments have been held by the NSL or run with its assistance. Keep in mind that other instances used to run similar events such as AusNS2 and will be added on this page later on.

The ENSL originated from the Natural Selection 1 competitive community where in 2005 which now has its own Discord server, it was created as a fork of the French league and named as the ENSL (European Natural Selection League).

From its formation until the end of NS1 competitive play in 2010, It hosted 15 seasons, 16 Night Cups, 2 Nation Cups (in 2007 and 2009), various exhibition matches and several other small competitions.

When NS2 was released in October of 2012, there was already a small competitive community formed from beta-testers and the league was able to quickly re-establish itself as a major hub for competitive play to be organised. After discussions on which countries would be supported by the league, it was decided that the name would change from ENSL to NSL as it is known today, to reflect the fact that teams are accepted on a world-wide basis.[2]

The NSL follows a standard group tournament ranking system where teams with a similar skill group are separated into divisions and play one season per calendar year. The number of divisions in the NSL for a season will vary based on the amount of competing teams. Usually, each team will play an even-number of matches and each team will play every other team once.[3] Due to the current amount of active teams, the NSL decided to drop the division format and opt for a ladder system, starting with Season 14. This format, that includes different variations, implements one division that encompasses all the teams that signed up for a season and offers them the ability to battle the teams that are just above in ranks.

Matches are played across 2 maps with 2 rounds played on each map. Teams are awarded 1 point for every round won.

As shown in the example above, the possible score a team can take from any competitive game is 0, 1, 2, 3 or 4 points. Depending on what ladder format is picked for a season, additional points may be attributed to teams. For instance, Season 14 assigned 4 points for every played matches, as an incentive to schedule their matches.

The map pool (maps that may be selected for competitive matches) generally changes with each respective season but has been constant these last seasons. In order to observe a better balanced and competitive gameplay, some maps come with pre-selected spawns. For example, the alien commander chooses the hive location spawn during the pregame, e.g. On Tram the alien commander can chose to start in Shipping, Warehouse or Sever Room.

The last Season's (Season 18) maps are down below:

NSL matches are played on a different balance that fits more a 6 v 6 gameplay. It is currently maintained by the NSL staff which has the final say on what goes in or out.

Gathers are pick-up games where you can sign up to play a competitive 6 vs 6 NS2 game with other players from the league which are not necessarily part of a team. Because these games are much more demanding, and arguably more fun. You can get a taste of what NS2 used to be as a competitive game, pinnacle of FPS games. Nearly all players who play gathers regularly prefer them over public. Gather games tend to be more balanced, too, as captains pick the teams and admins might intervene to avoid boring walkovers. If you're looking for a team, that's the best place to start and get accustomed to NSL players.

Regular seasons aside, the NSL has been running various tournaments:

Note: the NSL wasn't directly involved with this tournament. However, lots of its staff members helped in different ways: casting or reffing games. This section will be later transposed into a dedicated page once complete.

If other competitive live tournaments occurred before the NS2WC (e.g. NSL Invitational or the Natural Selection 2 European Open), the latest was the largest one-time event that we have seen on NS2 so far. It took place end of 2013 and beginning of 2014 in Cologne (Germany) and couldn't happen without the great help of community donors, UWE support and NVIDIA/Intel contributions. You can find out more about the cost of the competition here. Community donors were rewarded with a shiny Earth badge depending on the amount of the contribution (following the same system of the Reinforced program) and NS2WC shoulder patches (representing the 4 semi-finalist teams logos: Godar, Snails, Titus and Saunamen).

Amazing games were played and casted before the semi-finals and final in Cologne but the excitement reached its climax during the live events streamed and commented by WasabiOne, blind & RedDog. Titus Gaming (North America) and Legendary Snails (France) made it to the final. The latest team came out victorious and earned the $5.000 price cash.

Rumors have come across the NS2 community of a new World Championship. UWE is currently looking for sponsors to make it happen. 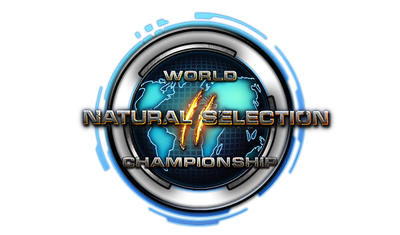 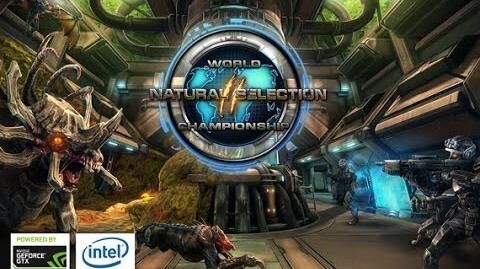 AusNS2.org was an Australian Natural Selection 2 community with a focus on both competitive and casual play.

AusNS2.org is the home for the Australian public and competitive NS2 scene. Since its inception, it has hosted a number of public and competitive servers which allowed players from across the Asia Pacific region to play and enjoy the game. It ran its own competitive league which lasted 4 successful seasons. It was also the first league to feature and promote draft tournaments which helped public players transition into the competitive scene. Many of the AusNS2 teams also participated in international tournaments including both NS2WC seeding matches and NSL seasons, despite the difficulties playing high ping games and scheduling matches due to timezone differences.

Although the scene has now been inactive for a few years, the AusNS2 community remains alive and organizes, from time to time, public games.

Do not hesitate to check the links below to watch past matches and tournaments.

AusNS2 used to run multiple media channels to promote their competitive events. Their Discord server still shows signs of activity. If you're looking for players from that geographical area, feel free to hop in.