The Evolve Menu grants Aliens the access to new Lifeforms and Traits. It can be accessed via the
B
key (Default). It also contains information on your teams compostion, which Traits are currently available and which abilities have been unlocked by the Alien Commander. Use the mouse to select the desired Lifeform and Traits and click the big button in the bottom center to evolve.

Lifeforms that can currently not be afforded, are displayed in red. Hovering the mouse over any Lifeform, Trait or ability displays additional information.

There are Mods available to enable hotkeys for Trait evolution. 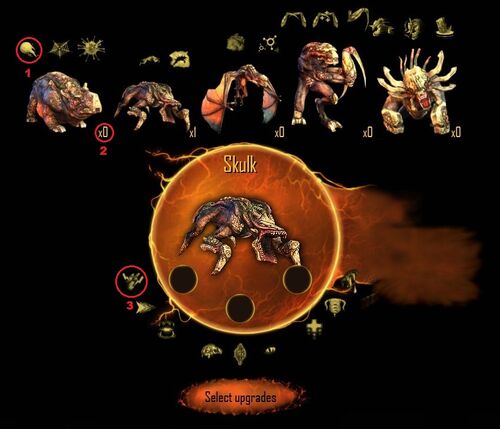 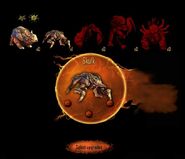 Evolve Menu as it looks at the start or a new round. 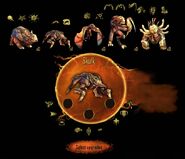 Evolve Menu as it looks after everything has been unlocked.
Kharaa