The Exosuit (sometimes referred to as a "Mech") is an advanced suit of armor deployed by the Marines that is equipped with either dual railguns or dual miniguns. They are an intimidating presence on the battlefield and in the hands of a skilled Marine, are capable of dealing severe damage to the Aliens.

Miniguns can overheat if shot for too long at a time. To prevent this you can either shoot one minigun till it overheats then shoot the second, or you can shoot both at the same time and just before it overheats you stop shooting and immediately start shooting again due to the windup taking long enough to almost reach the bottom.

Railguns can be charged up by holding the fire button. Their shots can penetrate structures and lifeforms and damage multiple targets at once.

Prior to Build 297 Exosuits also came in Claw variants with a ranged weapon on one arm and a melee claw on the other. These variants were the basic variant for a reduced price, and dual ranged Exosuits required an additional research. After Patch 297 Claw Exosuits were only available in the Ready Room and via Console Commands and since 336 they are no longer in the game at all. The reason for the removal of the Claw Exo was that "it was quite a noob trap" according to the devs, because it was "Very hard to use, encouraged players to get into melee range for things when they shouldn't, and it was always a "non-choice" compared to two Miniguns". 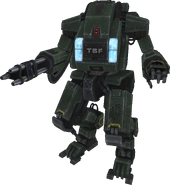 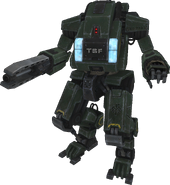 There are currently 5 variations of the Exosuit skin for each weapon available for use by TSF Marines. 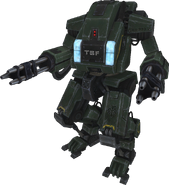 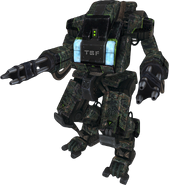 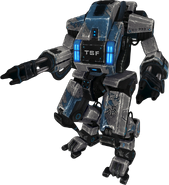 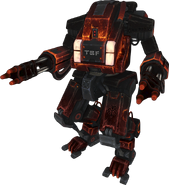 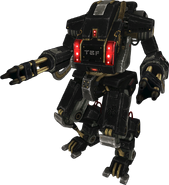 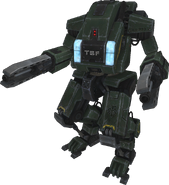 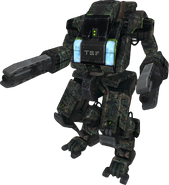 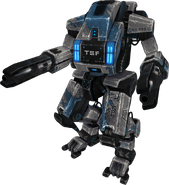 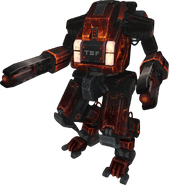 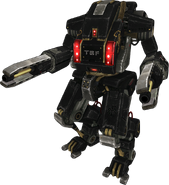