The Gorge is a bulbous and passive-aggressive Kharaa lifeform. It is often found near Hives, upon Infestation, and around other lifeforms. While appearing rather harmless, it can provide crucial support to lifeforms and structures; by exhaling its infectious breath, the Heal Spray, the Gorge can rapidly heal its allies as well as itself. Additionally, Heal Spray is able to accelerate structure growth, to help grow and nourish the Kharaa habitat established by the Alien Commander.

The Gorge's namesake refers to its tendency to regurgitate various types of organic growths, namely the Hydra for static defense, the Clog to impede enemy movement; the Bile Mine to kill the Marines armor, and Webs that ensnare Marines.

The Gorge is a pudgy, scaly, and mossy alien. We thought his pudgy visage needn't say "I want to eat you" but instead, "No one appreciates my slime-piles". His semi-awkward face armor implies that he needs to stay safe more than he needs to attack fast-moving targets and the upturned armor "ears"...well, they're just cute. His glowing belly ties him into the hive somewhat, in that both play a key role in the team's abilities and advancement.

Though we now know that the Gorge consumes more resources than any other species, the name has less to do with their consumption, and more with their portly body type, and that they always seem to be slurping away at a chamber, spitting a wad of acid, or just in general doing things with their mouths that are disturbing to watch.

The developers' aim for the Gorge is a fun class that straddles the line between attacker and defender and has a lot to do near combat and in alien bases. He'll never be much of an attacker, but this butterball is the team medic and engineer and thus, deserves to be loved (by anything with slime on it at least).

The Build Menu is the Gorge's signature construction ability that provides a wide selection of unique structures; from Hydras that shoot spikes or clogs to shape your environment, the Build Menu will keep track of the number of existing structures. 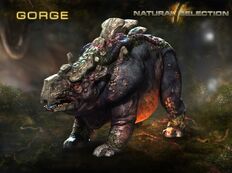 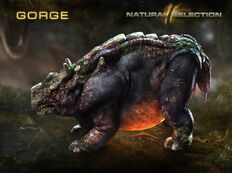 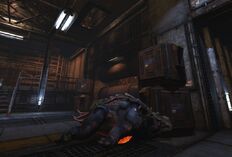 All variations of Hydras

All variations of Clogs

All variations of Bile Mines

The following images show all the variations of Gorge camouflage (skins) that you may see in the game. 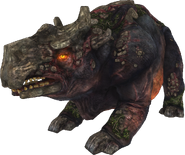 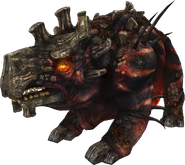 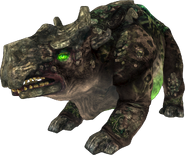 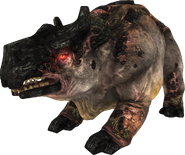 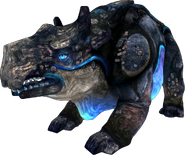 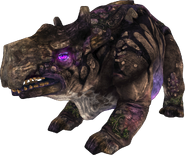 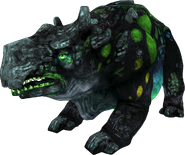