This article is a stub. You can help Natural Selection Wiki by expanding it.

Matched Play (aka Darwin's Thunderdome, Thunderdome, TD) is the automated matchmaking system in Natural Selection 2 introduced in Build 337. It was first officially mentioned in a Blog Post in March 2020. Testing began in early 2021 and by summer 2021 UWE released a Q&A.
The game mode is purely 6v6. The system automatically groups 12 players based on their geographic location and their Hive Skill, with the aim of normalizing latency among all clients. Matched Play ranks and skills will use the player’s current community rank until that player’s first Matched Play round is finished. Afterwards, the Matched Play skill-ranks will be handled separately. Map Voting is a priority-choice system, which means your first choice (of max 3) gets the greatest weight. Based on the choices all players that voted for at least 1 map and locked their vote the system chooses one map according to weighted votes.

Creating Lobbies and queueing with friends is currently not implemented, but is planned to be implemented in some form for the final release.

Getting into a match 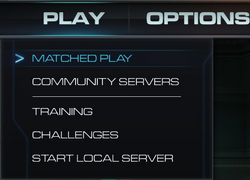 From the Main Menu, clicking PLAY opens the Play Menu and selecting MATCHED PLAY will start a search for a Lobby. If no Lobby can be found within a reasonable geographical distance and skill level a new one is created.
Upon entering a Lobby, each player can volunteer to play as Commander. Once volunteered, the decision is final and cannot be reverted. If more than two players volunteer, the system selects two out of the volunteers. The process will not progress unless there are 12 players in the Lobby and at least 2 have volunteered to play as Commander.
After volunteering to command or after 2 Commanders have been chosen, players can vote for Maps. Each player can select up to 3 Maps in descending order of preference, including a Random Map. The system picks the Map with the most votes (weighted by preference). Once the Map Vote is locked, it is final and cannot be changed. After 75% of players voted on maps, a timer starts limiting the time for the remaining players to vote.
From there on the Lobby progresses to the Planning Phase where the players see which players were shuffled onto their team, which map was selected, which side they are going to play first and which second. Field players (of both teams) can also select their preferred Lifeforms. This has no direct effect on the game, and is just a tool to help organize the team strategy. The chat in the Planning Phase is invisible to the opposing team.
During the Planning Phase, a server is spun up and once that is done, the players will automatically connect to it. After a short waiting period to give players a chance to connect, all players are sorted to their respective team, commanders are automatically put in the command structure, and the round starts. After the first round, teams are swapped automatically after a short break in the Ready Room. After the second round, players are given a short time to look at the post game stats and say their goodbyes before the server shuts down automatically and everyone is sent back to the main menu.

Stages of a Lobby 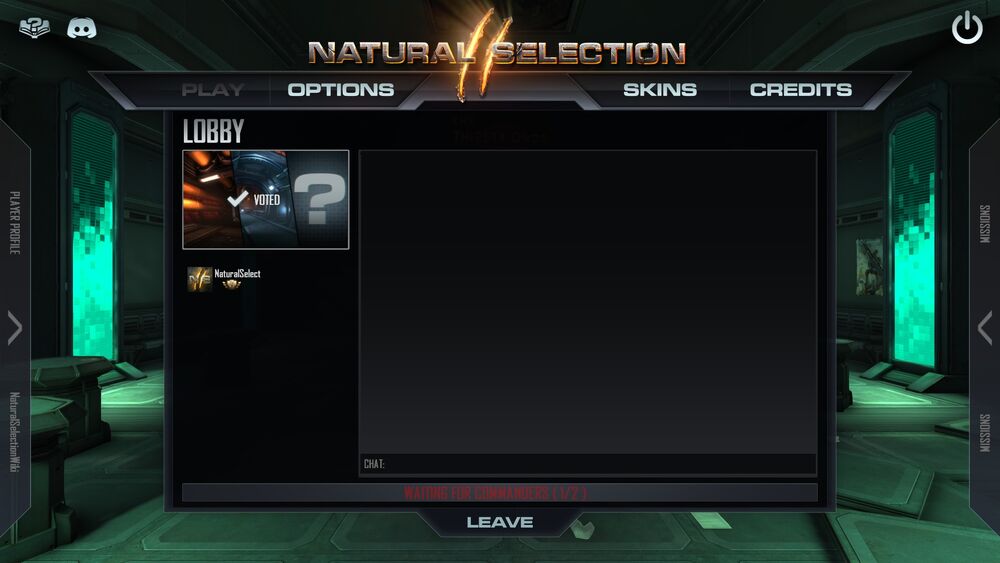 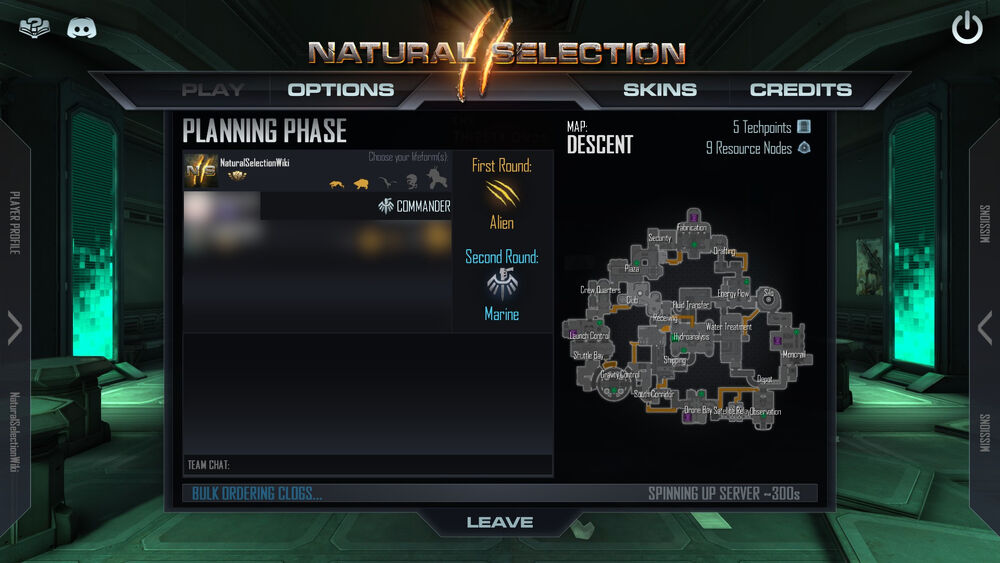 Players who intentionally leave an ongoing match will be penalized from using the feature, so as to encourage players to not create a detrimental experience for their teammates whom they match with.

This is a list of all balance changes exclusive to Matched Play:

Calling Cards are images shown to a player on their death screen.