Natural Selection 2 is a multiplayer first-person shooter and real-time strategy game and a direct sequel to Natural Selection, a mod for Half-Life also developed by Unknown Worlds.

The game was in production with a scheduled release date of Summer 2012. An open beta was available for those who pre-order Natural Selection 2. It became available on October 31st, 2012.

Like its predecessor, Natural Selection 2 features two opposing teams of players, one Kharra and one Marines, seeking to destroy the other's respective base. While the two teams have the same essential goals, gameplay for each team varies drastically. Marines largely rely on guns and other pieces of tech to annihilate the alien presence. Aliens, however, rely primarily on melee attacks. Certain alien lifeforms can walk on walls, blink great distances, and even fly. Each team can also build structures to aid in their efforts.

The primary feature that differentiates Natural Selection from others in the FPS genre is its strategy component. Both teams may have one player act as a commander, purchasing and distributing items and abilities using collective currency. These players are given a top-down view of the map and may plan and direct combat actions accordingly.

Due to the strategical and tactical depth, the game is also extremly good for Competitive Play like its predecessor already has been. 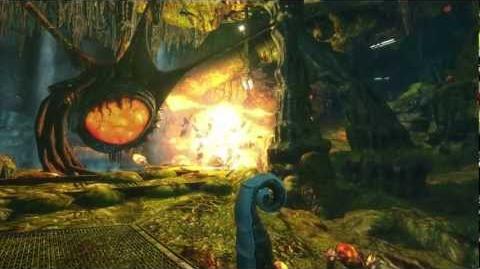